I play in different musical projects based in Scotland & Germany. We play regularly at festivals and gigs in the UK and across Europe. Please see Gigs & Bookings on where to catch us and how to get in touch and book us!

Originally a songwriting duo with thousands of plays on myspace we have expanded to become a 5 piece live act of stunning musicians with a rather unique groove and approach.

Devastatingly original with a sound that appeals across the board to fans of all ages thanks to our blend of mellowness, melody and occasional stomp. 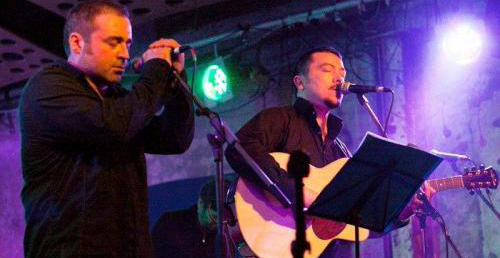 
A jazzy drummer, a funky bassist, a folky john martyn-esque acoustic and a bluesy lead guitar form the back bone behind a mesmerising blend of the two lead vocals. As a duo we secured gigs in Germany and USA in our first year together. Now we are starting the growing up process with releasing material to the world.
The first single is a live performance of two of our songs Pictures of You, which often silences noisy pubs and a delightful double time change song called Pretty Flowers. it is released on Threads of Sound.

Scottish singer / songwriter & guitarist with a love of soulful grooves and harmonies. Playing songs about love, life experiences and legends based around Celtic folklore. Backed by an array of colourful instrumentation beats & percussion leads to the delightful sound of this melody driven folk ensemble.

The list of these instruments alone shows that this band does not sound like the everyday. Each musician on the stage gets space, contributes their own sound, their ideas and their background to the overall impression. This combined with down-to-earth, ripe songwriting and a flair for melodies leads into songs that tell stories: relaxed, multi-layered, never boring. Chris Pookah and his band definitely belong to the best in this genre currently to be heard in Aschaffenburg.
– From Main Echo

Strandvilla are a German based band who play a mix of acoustic stringed-instruments, programmed beats, soothing vocals, horns, wave drum and percussion.

German Folktronika music for dancing to, sympathetic for people who also like to listen. Real, honest and handmade with insightful lyrics of longing, inner depth and happiness. 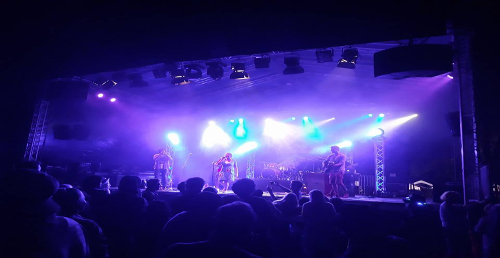 “Talk to me. Tell me all your dreams, I will share mine.”

John McColm is an acoustic based Singer/Songwriter/Guitarist with a unique style based in Macclesfield in the North West of England.

A musical entertainer, singer and guitarist whose goal is to engage with the audience through the performance of songs, whether classics from Van Morrison to Bob Marley or self penned.

It seems to work! I am proud to have been approached to play at several weddings and be part of what is one of the most special days of a couples life, also at beer festivals, pubs, private parties and such. Now living the dream, travelling this summer across UK and Europe.

“I know that we’re gonna be together you and me,
for more than a rhyme or two, your time belongs to me”
― John Martyn